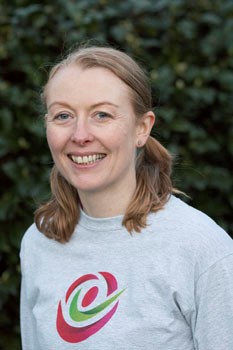 It’s strange to even think back to when I used to smoke 20+ a day for just over 15 years. Most people I tell say that I don’t look like a smoker! How do you look like a smoker, other than having a cigarette in your hand? I suppose we all stereotype certain actions/people in a certain way. I’m sure that I’ve smelled like a smoker in my time as the smell of smoke is quite unpleasant to those who don’t smoke.

I started smoking at the tender age of 15 and first realized I was addicted when I was at Uni and I tried to quit for the first time. I bought a book on how to kick the habit which involved, amongst other things, placing cigarette butts in a sealed jam jar with a bit of water and smelling it every time I fancied a fag.  It didn’t work for me.

Over the years whilst smoking I tried nicotine gum and then patches but I still carried on smoking. The crux of it was at those times in my life I just didn’t wholeheartedly want to give up smoking. I needed cigarettes to function. I never ate breakfast, I just smoked a cigarette or two to get me going. There were habitual times of the day when I smoked, sometimes certain actions such as getting in the car or knowing I couldn’t have one for a certain period of time, would result in a smoke. Then there were the emotional factors, any stress, upset or thinking required the help of a cigarette.

In my mid-twenties, I decided it was time to stop. Someone had told me many years ago, that for every year you smoke it takes another year to repair the damage. I don’t know how much truth there is in that statement but it gave me some hope that I could get out of the crazy smoking cycle and feel better.   I had been talking to someone who’d had hypnotherapy to stop smoking and it had worked. I booked onto a course even though it was quite expensive, I desperately wanted to give up.  Unfortunately, it only worked for a few months.  Gradually the old habits crept in and I started smoking secretly at first (my husband was also giving up) but then no hiding it and back to full time smoking. I was very disappointed in myself.

My next attempt a year or so later came in a book Allen Carr’s Easy Way to Stop Smoking. It is the world’s bestselling book on how to give up smoking and over nine million copies have been sold worldwide. 2015 marked the 30th anniversary since this ground-breaking book’s first publication.

The book cost less than a packet of fags and you got to read it whilst smoking. It basically went into a lot of the psychology of why we smoke and removed the fear of stopping. It was a great read but again I managed to stop for only a few months. I had a lot on my plate with family loss and my own illness and the smoking got worse for me, it seemed as if I couldn’t get enough nicotine to satisfy the craving, all the while I physically felt awful and downright miserable.

So how did I stop? Well, one day in 2007 I was sitting at my kitchen table with David and we’d just had a cigarette.  We both declared that we were sick of smoking. So, that was it, our miracle moment. We threw away our cigarettes and made a pact that if one of us thought about having a cigarette we had to tell or phone the other first.  It worked. This year will be our 10th year smoke free.

It was still hard to resist temptation and it did take masses of willpower.  I’m convinced that all the previous attempts built us up to be strong enough to finally see it through.  It was also just after the smoking ban came into force which meant we didn’t have to sit around smokers at the pub or in a restaurant, it defiantly helped our cause. We even woke up in the morning on occasion panicking that we had started smoking again, but it was only ever a bad dream.

Since giving up smoking I have a lot more energy, a lot more money in my pocket and I lead a much healthier lifestyle.

It’s never too late to try or try again if you want to give up smoking.  One day you may have your miracle moment and quit for good.  Good luck.